Quick friendly PSA – this post and the comments section are a safe place for my readers.  I expect strong opinions about this topic, but I delete all negativity from the comments section before it ever gets approved.  In other words, positive vibes only or don’t bother because no one will see it 😉

“I Hate My Toddler”

Have you ever been so fed up with the stresses of daily life with a crazy toddler that you think to yourself or even say out loud “I hate my toddler?”  If you have, you aren’t alone.  Raising tiny crazy people is HARD WORK and takes a ton of patience.

After a discussion with not one, but two of my close friends lately, I decided this topic is way under discussed and it’s time we change that.  Parenting isn’t all rainbows and butterflies and we need to talk about the hard stuff too!

First of all, let me specify that if you are telling your toddler you hate them or feel completely overwhelmed with parenting, this is a strong sign of depression.  DON’T ignore it.  Even though it seems so taboo to talk about, no one is going to judge you for reaching out for help. It will absolutely change your life.  Postpartum depression actually turned out to be the best thing that has ever happened to me.

There are tons of options to deal with depression if that’s contributing to your overwhelm.  If it’s typical parenting stresses that are your issue, let’s manage it together.

Related:  How to Appreciate Your Kids While They’re Still Little

Related:  How to Stop Toddler Tantrums

I Resent My Toddler

While going from having no children to having an infant is a huge adjustment, I believe it’s an even bigger adjustment to have a toddler (or two or three) running around your house, demanding things, and generally acting like mini psychopaths.

It’s totally normal to resent this crazy person who now lives under your roof, eats single bites of all of the food you make for them, and robs you of your sanity.

One of the best ways you can counter this feeling is to spend some time away from your toddler from time to time.  If you don’t have child care (we don’t), invest in some toys that will hold their attention and prevent you from feeling tempted to put them in front of a TV to save your sanity.

How to Get a Few Minutes to Yourself

Let’s distract our tiny crazy people for a few minutes so we can come up with solutions together.

Magnatiles are a huge hit in our house and our toddlers play alone for up to 2 hours with these things.  Seriously.  I get dishes done and everything – be jealous.  I couldn’t justify buying the name-brand ones because they’re just so freaking expensive.  These knock off ones are amazing – less than half the price and you get way more of them.

Another toy that works wonders are the Amazon Fire Tablets we bought for each of our boys.  They play ABC Mouse on them, so I count this as education and not “screen time”.  I’m definitely not against screen time and we do let the boys watch TV, but ABC Mouse has proven to be very educational for them.  We love it.

Finally, on rainy days (or days that I can’t get my crap together to get us all out of the house) we have this awesome climbing thing in our loft.  The boys can burn off some energy while I sit and watch them while nursing their sister.  It’s a lifesaver for the whole family.

After you’ve got your toddler(s) distracted, let’s start coming up with ways to manage the most overwhelming aspects of parenting.

Even if you have to sacrifice some of your alone time, I want you to spend some of your free time during nap time or bedtime making a list of the things that drive you most crazy about having a toddler.

After all, if you’re to the point that you occasionally feel like you hate your child, this exercise is probably long overdue.  We CAN get through this.

Surviving Meal Times with a Toddler

Let’s say meal times are driving you absolutely bananas.  It’s normal for a toddler to stretch their figurative legs and demand a million different snacks and meals only to reject them seconds later.

Instead of continuing to cater to their demands – try this.

YOU decide what they’re going to eat, THEY decide how much they’ll eat.

I’ve been reassured by a pediatrician and a counselor that a toddler WILL NOT starve themselves to death.

Praise them for any bite they take.  If they throw a fit about tonight’s dinner selection, simply take their plate away and tell them you know how frustrating it is to not have your favorite food when you really want it, but pasta and salad are what we’re having tonight and you’d love to give them their plate back when they’re ready.

Yep, I know you’re negotiating with a tiny crazy person.

No, they’re not going to respond “okay, I’ll calm down and eat a whole plate of food I don’t want when I’m used to you making me whatever I demand.”

Instead, we’re going to stick with this and refuse to make them anything else.  You’re NOT being cruel.  You’re creating a sense of security and setting boundaries they’ll soon learn to follow.

Set Your Toddlers Up for Success

I’ve heard this enough times to make my head spin, but there are some actions you can take to actually minimize the toddler craziness in your house.

If you’re always saying “no” to every single request, your toddler is going to act out even more often because they’re used to battling for every single thing they want.

It becomes a battle of who can outlast who, and chances are, you’ll want to give in to your toddler’s tantrum before they give up on getting what they want.

Decide what’s a big enough battle to pick.  Holding hands when walking through a parking lot might trump cleaning up every single toy before nap time, for example.

If they’re constantly refusing to clean up their toys, take all of them away except their absolute favorites that are easy to clean up.  We recently implemented a toy rotation system that has saved my husband’s sanity.  I don’t mind toy clutter – my husband was at his wits end.

Toddler is Refusing to Nap

This is a highly debated issue and to be honest, I’m still not completely sure where I stand.

Our toddlers are currently 3 years old and 22 months.  They both refuse nap time almost every day and it takes 45 minutes or longer to get them to nap.

In researching this, I came across a few moms who finally gave up on nap time when they realized their kids would go to bed earlier or easier without an afternoon nap.

I go back and forth on this because some days I desperately NEED a break in the afternoon and would give just about anything to get them to sleep at the same time.

Other days, I’d really love some extra alone time at night and wouldn’t mind if they passed out at 8 instead of 10 or 11 like they usually do.

If nap time is a constant battle for you, I’m here to give you permission to do the highly debated thing and skip nap time for a day or two.

See how it goes.

Let’s be honest – if nap time is a constant battle and you’re fighting them to go down to sleep for hours each day, is it worth it?  Only you can answer that, but in our house, skipping nap time has alleviated a lot of stress in my day.

I told my toddler I hate him / her

If you’ve really lost your temper to the point that you have verbalized your negative feelings to them, know that you aren’t alone.

Be honest with yourself about whether this was an isolated incident or if this is an ongoing problem.  If you regularly lose your temper and yell at your young toddlers, know that your emotions are normal, but how you’re handing those emotions can be very damaging.

Instead of lashing out, make a commitment to yourself and your children that you’re going to be the controlled adult in the situation and not join in when someone throws a tantrum.

This includes apologizing to your kids for your shortcomings and admitting that mommy or daddy lost their temper and acted in a way they shouldn’t.

It’s HEALTHY to let your kids know that you’ve messed up and how you plan on avoiding mistakes like this in the future.  Doing so sets your kids up for success in life by not expecting everyone to be absolutely perfect.  Admitting wrongdoing is a HUGE part of being an adult.

We all know those people who think everything that happens is someone else’s fault.  Those people are emotionally unhealthy. We’re raising healthy, productive members of society.  Even though it seems like we’re raising crazed lunatics.

Are you at your wits end with your kids?  What have you tried?  What are your biggest hangups?  Let me know in the comments! 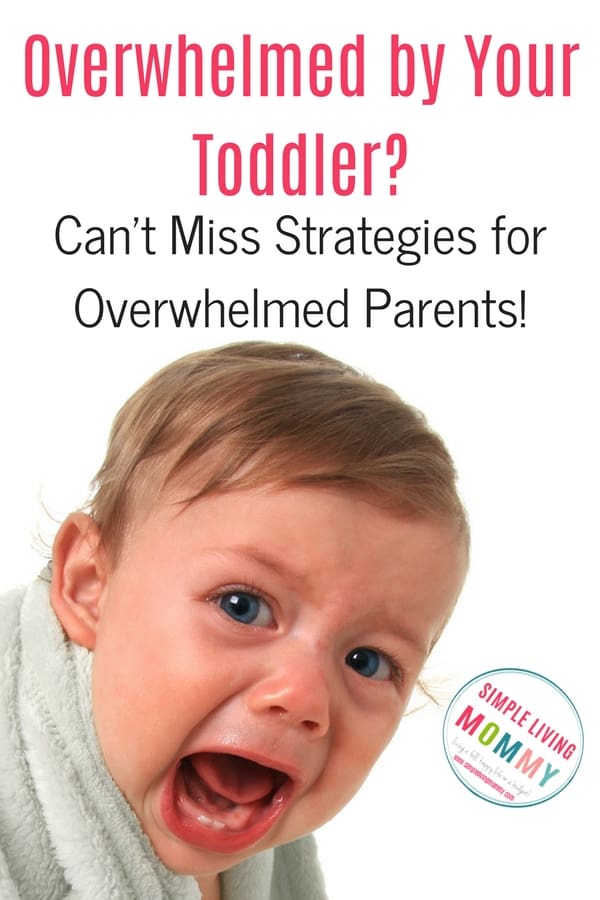 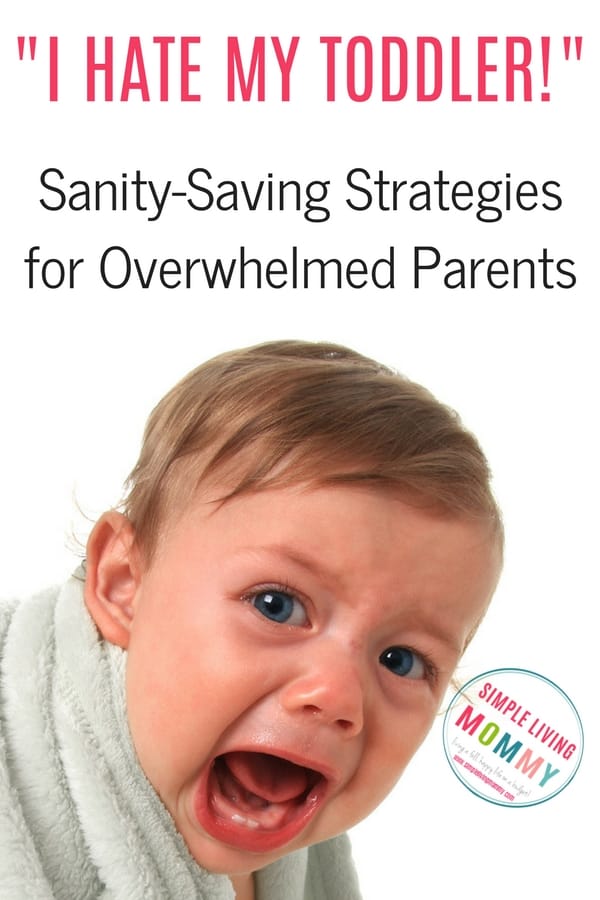