Are you pregnant and realizing your current underwear just aren’t going to cut it if your belly gets any bigger? Have you ever considered pregnancy underwear or maternity shapewear? Take it from me, a mama of 3 with another on the way – you DO NOT want to go through pregnancy without some comfortable pregnancy underwear!

Related: How to Naturally Induce Labor

What are Maternity Underwear?

Maternity or pregnancy underwear are underwear that are specifically designed to accommodate your growing belly.

If you’re anything like me, you’ll think you can just get by with your regular underwear. After all, it’s your BELLY that’s growing, why do I need special underwear??

It turns out, it’s not just your belly that grows (I know, cue eye roll).

Instead, your hips widen, you gain weight, and your entire body changes to accommodate this little tiny person that has set up residence in your belly.

Trust me when I tell you that maternity underwear are a necessity. The difference in comfort level isn’t even comparable.

I’m currently pregnant with our 4th baby, and I wouldn’t be able to survive without pregnancy underwear!

Where to Buy Maternity Underwear?

Just about any store that sells maternity clothes will also carry pregnancy underwear.

The problem is that when you put the word “maternity” or “pregnancy” on something, the price immediately skyrockets.

To avoid this, I just order my pregnancy underwear on Amazon.

They’re the most reasonably priced for maternity underwear, but like anywhere else, the quality is hit or miss.

These are my favorites:

I’ll go into all of the different kinds of pregnancy underwear in a minute, but first, these are my absolute favorite maternity underwear that won’t break the bank!

These under the bump underwear won’t ever get uncomfortable, no matter how big your belly gets!

If you’d rather have over the bump underwear, these ones are great and you can’t beat the price! Anything cotton during pregnancy is a win in my book.

If you’re headed into your 3rd trimester and your bump is very defined, you HAVE TO TRY THESE UNDERWEAR!

Especially if you’re already experiencing some back problems.

I usually use a belly band during pregnancy to help offset some of the back pain, but once I found that support in a pair of underwear – I never looked back.

How Many Pairs of Pregnancy Underwear Do I Need?

I would say this depends on how many kids you are planning to have.

We knew we wanted to have four kids pretty quickly (I’m pregnant with my 4th now and my oldest is 4) – so I’d say we hit our target!

When I found great deals on pregnancy underwear, I stocked up.

If you’re planning on having one baby and then waiting a few years to have another – or if you plan to just have one baby – I would say to pick up just one pack or two of each design.

You’ll want to try under the bump, over the bump, and possibly something with some extra support.

Then, after pregnancy you can either toss them or if they’re still in great shape, stow them away for your next baby.

Pregnancy Underwear for Under Dresses

These Maternity Underwear shorts are perfect for any mama who is embracing bump-hugging designs.

While I personally love over the bump underwear, lots of my friends prefer the opposite.

These are perfect if you need pregnancy underwear shorts in an under the bump design.

These are the closest I’ve been able to find to boy shorts in the maternity section.

Everything else seems to double as full coverage shapewear.

If you’re looking for true boy shorts, pick these up and give them a try!

This thong is so delicate and dainty, I can hardly believe it’s made to be pregnancy underwear.

While most maternity thongs are half-back design, these are true thong underwear made for pregnant mamas. If you need a real thong during pregnancy, pick up a pair or two of these!

Under the Bump Maternity Underwear

These are by far the most comfortable pregnancy underwear I own.

They have a back that completely covers your butt, but are still feminine and low in the front like you’d expect from a thong.

I absolutely love them! Plus, you can’t beat the price for a pack of FIVE!

Over the Bump Maternity Underwear

These are awesome for mamas who have a belly button that “pops” when they’re pregnant.

So far, I haven’t had the pleasure, but I still love over the bump pregnancy underwear for the extra support they provide.

These over the bump underwear have great reviews on Amazon and provide belly support and coverage in the back.

Check out their sizing advice here.

These cotton over the bump underwear provide a little belly support, but are so comfortable you’ll forget you’re wearing underwear over your belly. At this price, you can’t afford to not pick up a 4 pack of these!

These are the perfect combination of under the bump and over the bump pregnancy underwear.

You can simply wear them pulled over your bump when you want the extra support or fold them down to turn them into under the bump pregnancy underwear.

I love these and I’ve never had a problem with them, but a common complaint is that when they’re rolled down, they’re slightly visible through tight clothes.

I can honestly say I’ve never had a problem with this and have never noticed an underwear line near my belly, even when they’re rolled down.

When it comes to fold down maternity underwear, these ones are my hands down favorites.

They’re made of spandex and cotton, so I can wear them from literally the time I start showing right up to delivery with absolutely no problem.

These are another great option. They’re very similar to the Motherhood Maternity ones I love so much, but they feel just a little silkier.

I would honestly just compare the price on both options when you’re ready to buy and pick the cheaper option – you really can’t go wrong with either brand.

I really thought I would hate maternity shapewear, but picked some up before an event I was attending.

They didn’t feel restricting or smothering like I was afraid they would, instead I wanted to sleep in them and never take them off because they improved my posture, made my belly feel supported, and smoothed everything out.

I honestly love the sleek look maternity shapewear gives and I think you will too!

These ones feel silky, are unbelievably comfortable, and are perfect under a dress.

If you have an event coming up or just want to try out maternity shapewear, this is a great, budget-friendly option.

These are another inexpensive pregnancy shapewear option and are perfect for summer because they’re made of breathable material.

They claim to prevent thigh chaffing, so if this is an issue for you (like it is for me!) give these a try!

What underwear do you wear during pregnancy? What are your biggest complaints about the ones you use now? Follow me on Instagram to continue the conversation! 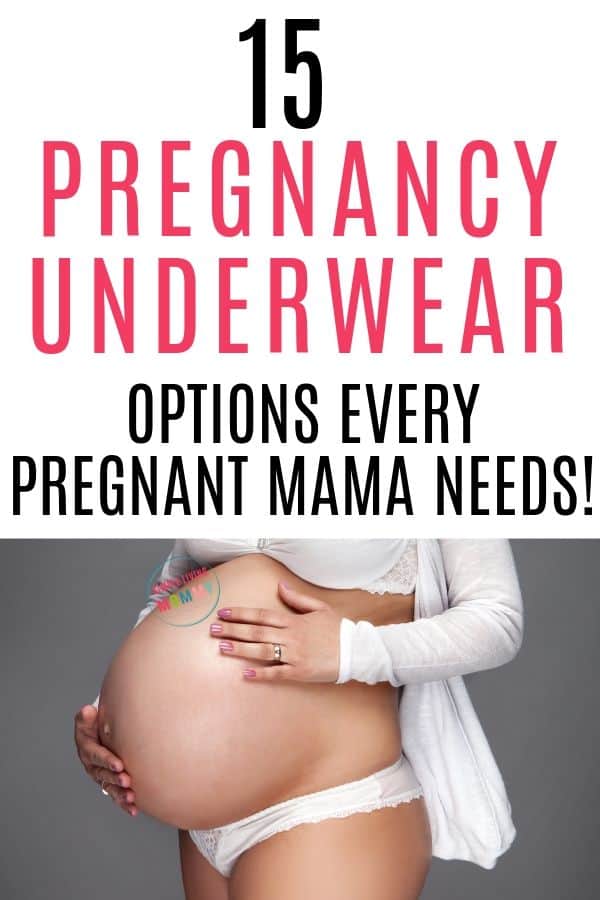 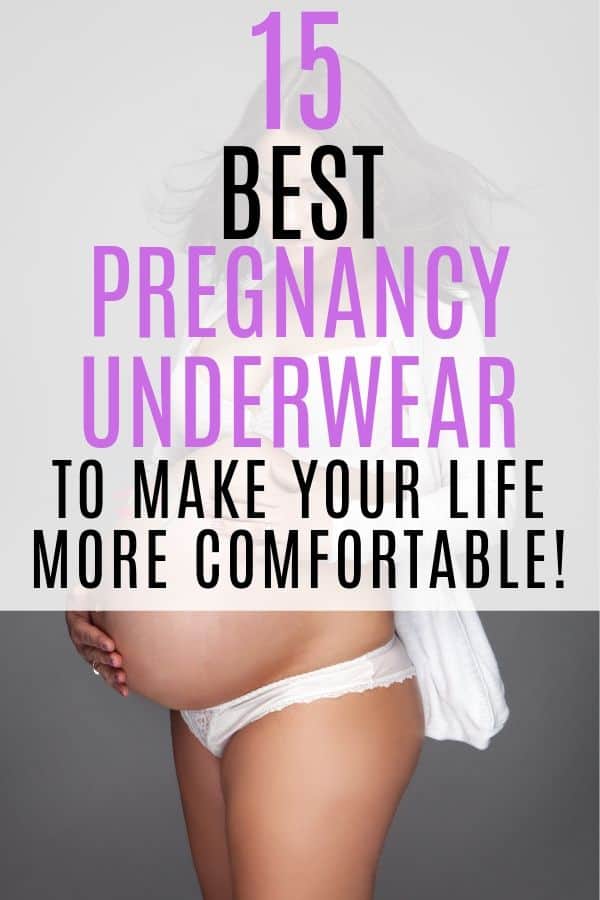 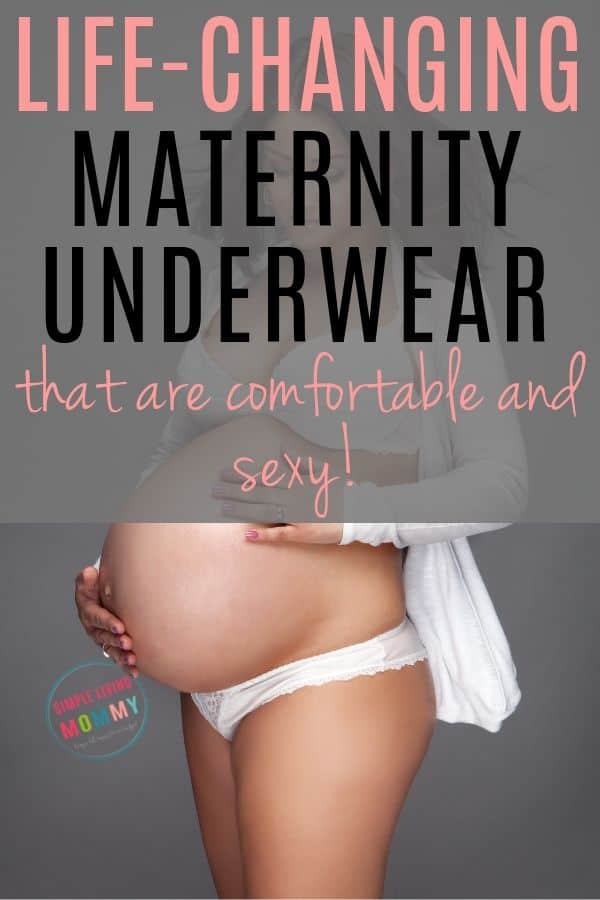